OnlineCityTickets.com is a leading provider of resale tickets in the secondary market specializing in concerts, theater, family shows, traveling Broadway, and sporting events. We offer tickets to events around the world and provide our customers with an outstanding customer service team, cutting edge technology, and low prices. OnlineCityTickets.com is a privately owned and operated company dealing almost exclusively in the online retail of resale tickets. Prices on our sites may be above or below face value and can change quickly with consumer demand. We are not affiliated with any primary website, venue, box office, or supplier.

OnlineCityTickets.com offers all of our customers a 100% Buyer Guarantee, which states that all tickets purchased will arrive prior to the event, be better than or equal to the tickets purchased, and be completely authentic and valid for entry. The majority of inventory sold on our sites can be instantly downloaded or emailed within minutes of purchase. We also offer various last minute services and are often able to give our customers access to events even after they’ve started.

We strive to make our customer experience the most outstanding in the industry. Please call (800) 854-2196 at any time with any questions or concerns. You may also email support@onlinecitytickets.com for any additional information.

Ticket Information
Inventory We are a resale marketplace, not a box office or venue. Ticket prices may exceed face value. This site is not owned by Washington DC Tickets .
Guarantee 100% Buyer Guarantee. Tickets are authentic and will arrive before event.
Address
Washington, DC, United States 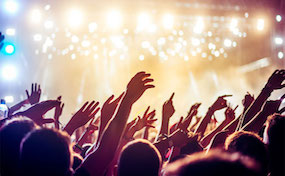 WashingtonDCTicketOffice.com is not a primary vendor, supplier, or affiliated with any official website. We proudly provide access to a large supply and low prices online for all secondary market events. Ticket prices may be well below or above face value and will fluctuate with the market. To purchase tickets for all Washington DC Sports, Concerts, and Events simply click on the show of interest or call our operators at anytime.

Washington Redskins Information
The Washington Redskins were established in 1932 as members of the National Football League, playing in the Eastern division, American conference, and Eastern conference before joining the National Football conference East division in 1970. The Redskins have played more than 1,000 games since 1932. The Redskins have won five NFL Championships, two of which were pre-merger and three Super Bowls. The franchise has captured 13 NFL divisional titles and six NFL conference championships. They have made 22 postseason appearances, and have an overall postseason record of 23 wins and 17 losses. The Redskins' three Super Bowl wins are tied with the Oakland Raiders for fourth place all-time.

The Redskins play home games at FedExField. From 2004 - 2010, it had the largest stadium capacity in the NFL at over 91,000. Currently, the capacity is 79,000. According to Forbes magazine, the Redskins are the third most valuable franchise in the NFL behind the Cowboys and Patriots. They have also broken the NFL's mark for single-season attendance ten years in a row. The Redskins were the first team in the NFL with an official marching band and also the first team to have a fight song. They have only officially retired one number in Redskins history. Eleven players and five members of management have been inducted into the Professional Football Hall of Fame from the Washington Redskins.

Washington Nationals Information
The Washington Nationals are members of the National League East division. Since 2008, their home field has been Nationals Park, which replaced RFK Stadium. Nationals Park holds over 41,000 fans and is located in our nation's capital. The Nationals began as an expansion franchise called the Montreal Expos, who were the first Major League team in Canada. It took a full decade for the Expos to post their first winning season. The Nationals are one of two franchises, the other being the Seattle Mariners, whom have never played in a World Series. The Nationals have won three East Division titles, most recently in 2014, which was their second National League East title in three years.

There is one Washington National affiliate in the Hall of Fame, Frank Robinson, who is joined by six Montreal Expos. The Montreal Expos retired three numbers in honor of four players, but these numbers have reentered circulation since the team's move to Washington. The Nationals rivalry with the Orioles began when the Expos moved to Washington in 2005 due to the proximity of the two cities. This rivalry became known as the Beltway Series. The Braves-Nationals rivalry began when the Braves joined the National League East and the Senators were still the Expos and has intensified as the two teams fight for the division. The Nationals and the Marlins are also rivals, as the Nationals replaced the Marlins as the newest team in the division. The Nationals are still searching for their first National League pennant and World Series title.

Washington Capitals Information
The Washington Capitals are a professional ice hockey team based in Washington, D.C. that competes in the National Hockey League. They are members of the League's Metropolitan Division of the Eastern Conference. The Caps were founded in 1974. In 1997, the team moved their home hockey rink from the suburban Capital Centre to the new Verizon Center in Washington, D.C. The Verizon Center was commonly referred to as the Phone Booth when it was the MCI Center. Two notable fan fixtures at Washington Capitals games at Verizon Center since the late 1990s are Goat and The Horn Guy. "Goat," a.k.a. William Stilwell, sits in Section 105 and loudly stomps and starts cheers for the team. "The Horn Guy," a.k.a. Sam Wolk, sits in section 415 and blows out three blasts on a horn to which the arena responds "Let's Go Caps!"

The 2009 Capitals won the franchise's first-ever Presidents' Trophy for being the team with the most points at the end of the regular season. The Capitals are yet to win their first Stanley Cup. They have won one conference championship, in 1997, and eight division championships, most recently in 2012. Eight former Capitals have been inducted into the Hall of Fame. The team has retired four numbers throughout their history. The Capitals colors are red, navy blue, and white.

The Wizards have won one championship, in 1978. They have won four conference titles and six division titles. The Bullets were the only team to play in the NBA Finals four times during the 1970s. The Wizards have retired four numbers throughout their history. Fourteen Wizards have been inducted into the Professional Basketball Hall of Fame. In 2014, Washington Wizards finished the season with a 46-36 record, their best record since the 1978 season. They played the Toronto Raptors in the first round of the NBA Playoffs and won in four games, marking their first sweep in franchise history.